Born in England, Jackson joined a school violin class at age 11 to escape the humiliation of playing sports. Much to his own surprise, he found himself fascinated by music and eagerly studying music theory and history. A couple years later, he switched to piano, so he could compose. His first efforts were pieces for piano and small groups of instruments, but within a few years, he was writing songs and leaning more towards the pop world.

At age 16, Jackson played his first paying gig, as pianist in a pub next door to a glue factory just outside of Portsmouth. This was followed by other pub gigs and accompanying a bouzouki player in a Greek restaurant. At 18, he won a scholarship to study composition, piano, and percussion at London's Royal Academy of Music. By the time he left the Academy, he was the co-leader and songwriter of Arms and Legs, a proto-punk outfit which released two singles before burning out.

By 1978, Jackson was living in London and hawking an album-length demo, Look Sharp, found its way to American producer David Kershenbaum and he was signed to A&M Records. He re-recorded Look Sharp, began to play regular gigs, and released the album in 1979.

In 1981, Jackson recorded Jumpin' Jive, a 'musical vacation' paying tribute to swing and jump blues artists. Night and Day (1982) was a more sophisticated and melodic record built around keyboards and Latin percussion rather than guitars. Jackson hit the road for a year, and the album became his biggest success, spawning hit singles “Steppin’ Out,” “Breaking Us in Two,” and “Real Men” and going platinum in the US.

Jackson's next album, Body and Soul (1984), featured a horn section. For Big World (1986), he stripped everything down to a four-piece and recorded live direct to two-track master. In 1989, he released the majestic, semi-autobiographical Blaze of Glory, and toured with an 11-piece band. Laughter and Lust (1991) was more mainstream rock and led to another lengthy world tour that left Jackson exhausted. He had also written several film scores, a live album (Live 1980-86), and an instrumental album (Will Power, 1987).

Jackson's work during in the ‘90s was his most challenging and eclectic—the gentle, soul-searching Night Music (1994); the ambitious and original song-cycle based on the Seven Deadly Sins, Heaven and Hell (1997); and the album Jackson considers the most underrated, Night and Day II (2000). The turn of the century saw a burst of creativity. Jackson won his first Grammy (Best Pop Instrumental Album for the non-traditional, non-orchestral Symphony No.1) and published his book, A Cure for Gravity.

In 2003, he re-formed the original band for a stunning new album, Volume 4, and a lengthy tour. The reunion was always intended as a one-off, but it also produced a live album, Afterlife (2004).

In 2006, Jackson did a short trio tour with Graham Maby and Dave Houghton. He moved to Berlin, where he recorded Rain (2007). The trio toured for the next three years, and played more shows than any other Jackson lineup. A live album, Live Music, was released in 2011.

The second decade of the century saw the release of The Duke, a cover album of Duke Ellington compositions, but radically different from the originals. Fast Forward (2015) features four sets of four songs recorded in four different cities – New York, New Orleans, Berlin and Amsterdam – each with a different set of guest musicians.

Fool was released in January 2019 – exactly 40 years after the release of Look Sharp. A much shorter and more focused album than Fast Forward, with a much more ‘live’ feel, it was recorded at the end of a tour in a week and a half with the band Jackson has been working with for the last three years—Graham Maby (bass), Teddy Kumpel (guitar), and Doug Yowell (drums). 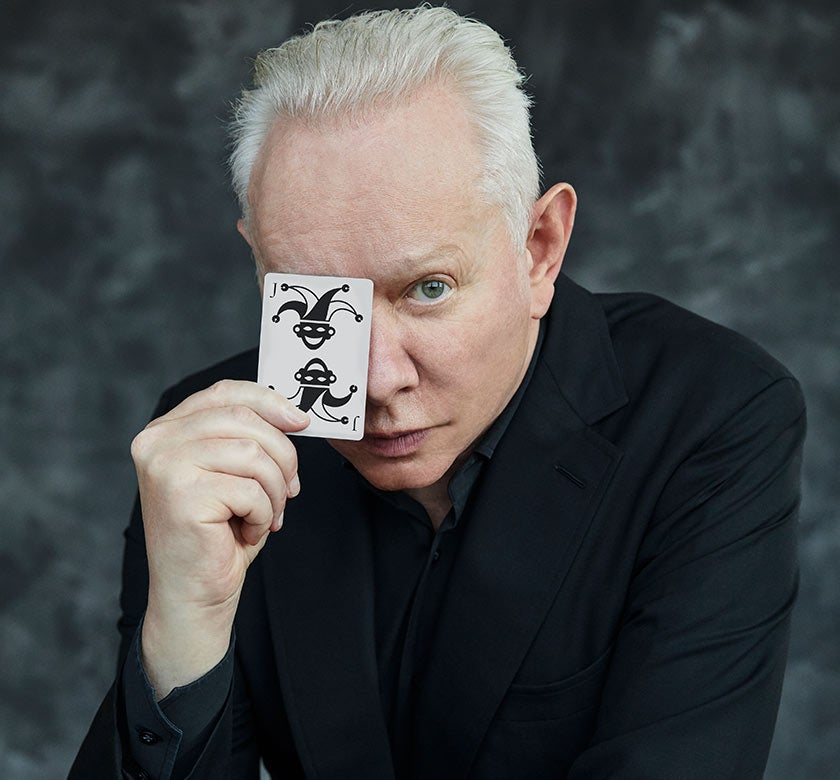