Lauded as an up-and-coming superstar, Stefan Jackiw makes his first appearance with the Columbus Symphony, performing Brahms’ Violin Concerto, the perfect vehicle to display the beauty and range of his talents. Conducted by CSO Music Director Rossen Milanov, this uplifting concert also includes “Banner” by Jessie Montgomery, infused with multi-cultural nuances, and Dvořák’s Symphony No. 8, full of life, melodic beauty, and optimism.

Friday Coffee Dress – Friday, October 22, 10am, Ohio Theatre
Experience a working rehearsal prior to that evening’s opening-night performance. Seating is general admission for this 2.5-hour, open rehearsal, offering a behind-the-scenes look at the fine tuning and preparation behind a Masterworks main stage performance. Tickets are $14 and can be purchased in-person at the CAPA Ticket Center (39 E. State St.), online at www.columbussymphony.com, or by phone at (614) 469-0939 or (800) 982-2787. Admission includes coffee and light fare.

Milanov has established himself as a conductor with considerable national and international presence. He recently completed a seven-year tenure as music director of the Orquesta Sinfónica del Principado de Asturias (OSPA) in Spain. Nationally, he has appeared with the Colorado, Detroit, Indianapolis, Milwaukee, Baltimore, Seattle, and Fort Worth symphonies, National Symphony Orchestra at the Kennedy Center, Link Up education projects with Carnegie Hall and the Orchestra of St. Luke’s, and with the Civic Orchestra in Chicago.

About Stefan Jackiw
Stefan Jackiw is one of America’s foremost violinists, captivating audiences with playing that combines poetry and purity with an impeccable technique. Hailed for playing of "uncommon musical substance" that is “striking for its intelligence and sensitivity” (Boston Globe), Jackiw has appeared as soloist with the Boston, Chicago, Cleveland, New York, Philadelphia, and San Francisco symphony orchestras, among others.

This season, he will reunite with Juraj Valcuha to make his debut with the Konzerthaus Orchestra Berlin performing Korngold’s Violin Concerto. He also returns performing Stravinsky to the Bournemouth Symphony with Kirill Karabits, the Helsinki Philharmonic with Hans Graf, and the RTÉ National Symphony in Dublin with Leonard Slatkin. Other highlights include performances with the San Diego Symphony and Rafael Payare, the Indianapolis and Baltimore Symphonies with David Danzmayr, and the Omaha Symphony. In recital, Jackiw continues touring the complete Ives Sonatas with Jeremy Denk, with whom he has recorded the sonatas for future release on Nonesuch Records. He also appears on tour with harpsichordist Mahan Esfahani, exploring works for violin and harpsichord and featuring a new commission by Lester St. Louis, and continues to perform alongside pianist Conrad Tao and cellist Jay Campbell as part of the Junction Trio with stops in Massachusetts, DC, Ohio, California, Texas, New Mexico, Florida, and more. 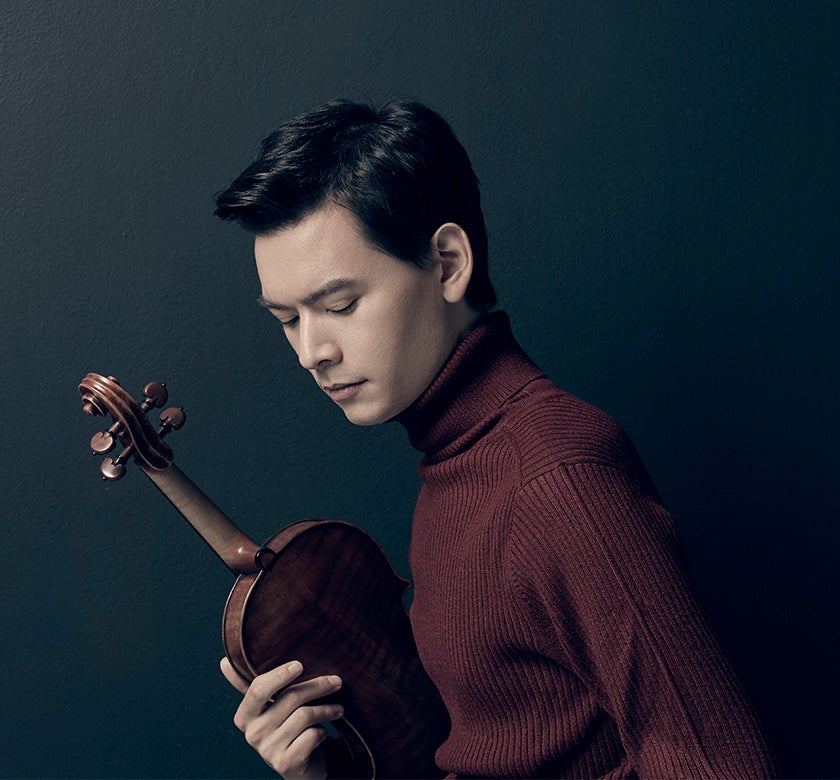