Enjoy a Screening of the Cult Classic Napoleon Dynamite and a Conversation with Jon Heder, Efren Ramirez, and Jon Gries at the Palace October 7

More than 15 years ago, the indie classic Napoleon Dynamite made its debut, appealing to the inner teenager in all of us and becoming one of the most quoted movies of our time. Much has changed since then, but the characters, as enduring as they are endearing, stay in our hearts. This unique evening includes a full screening of Napoleon Dynamite followed by a lively, freewheeling, moderated discussion with fan-favorite cast members Jon Heder (Napoleon Dynamite), Efren Ramirez (Pedro), and Jon Gries (Uncle Rico).

Napoleon Dynamite (2004)
Napoleon Dynamite is a new kind of hero, complete with a tight 'fro, sweet moon boots, and skills that can't be topped. Napoleon spends his days drawing mythical beasts, duking it out with his brother Kip, and avoiding his scheming Uncle Rico. When two new friends enter Napoleon's life, shy Deb and mustachioed Pedro, the trio launches a campaign to elect Pedro for class president and make the student body's wildest dreams come true. But if Pedro is to beat stuck-up Summer, Napoleon will have to unleash his secret weapon. 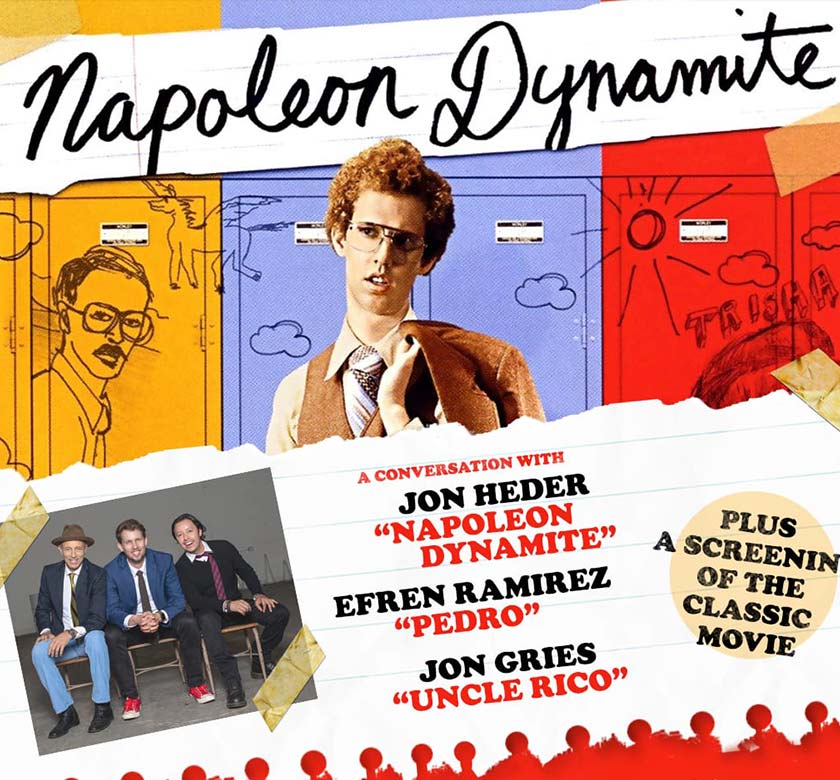