As stages around the world remain dark, the Nebraska Theatre Caravan (NTC), the nation’s largest community theatre, has gone to great lengths to ensure a more than 40-year-old holiday tradition continues in Columbus. The company has produced A Christmas Carol every year since 1975 and has played in Columbus for 40 consecutive years. For its 41st year in Columbus, as the pandemic threatened to end the beloved, decades-long tradition, NTC has created a reimagined, virtual production of the treasured classic that can be downloaded directly into central Ohio homes.

CAPA presents the Nebraska Theatre Caravan production of Charles Dickens’ A Christmas Carol now through Sunday, January 3. Virtual tickets to this production are $40 and can be purchased at www.capa.com. Tickets are on sale now. One ticket per device. Enter the code C-COLUMBUS in the field labeled “Coupon/Flex Pass.”

The cast of 40 was cut to eight.
In a typical year, NTC uses about 40 performers to cover roughly 100 roles. This year, the entire production was carried out by eight socially distanced performers.

The script was readapted. Orchestrations rearranged. Choreography restaged.
The script was carefully recrafted to fit the reduced cast size while maintaining the integrity and spirit of the original adaptation. The iconic holiday orchestrations were rebuilt to maximize the impact of eight voices. The choreography was painstakingly reworked to maintain a safe distance between performers throughout the performance. 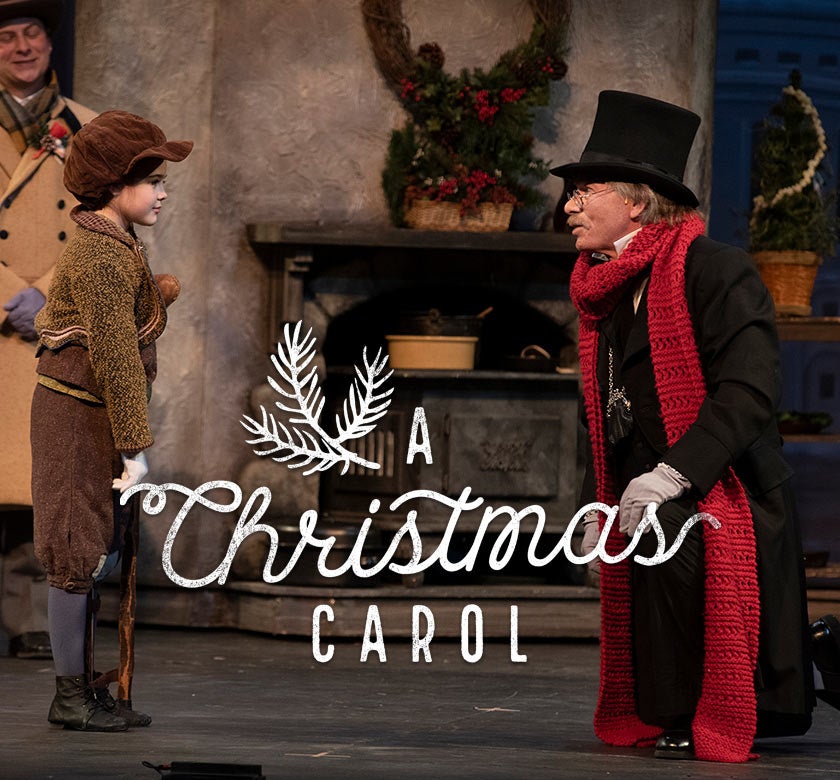