“The Dollop” Podcast Tour Stops at the Davidson March 30

In 2014, history buff and comedian Dave Anthony decided to begin a new podcast wherein he would write up an unknown story from American history and read it to a different comedian each week, garnering a spontaneous reaction he hoped would be hilarious. His first guest comedian was Gareth Reynolds. The pair clicked immediately, and fans agreed, flooding social media with their approval. “The Dollop” quickly shot up the charts, drawing fans of both comedy and history to Dave’s wild stories of history and Gareth’s quick improv skills. Now with millions of downloads, “The Dollop” has become a regular presence at the top of the podcast charts, as well as selling out shows in both the US and Australia.

About Dave Anthony
Stand-up comedian, actor, and writer Dave Anthony has performed stand-up comedy in every state in the US, except Alaska, which he barely considers to be a state. He has appeared at the Montreal Comedy Festival, the Vancouver Comedy Festival, the Melbourne Comedy Festival and the Bridgetown Comedy Festival. He has performed on “Jimmy Kimmel Live,” “The Late, Late Show,” and Comedy Central. Anthony has a recurring role on IFC’s “Maron” and has made guest appearances on “The Office,” “Arrested Development,” and “Hello, Ladies.” He was also co-host of the critically acclaimed “Walking the Room” podcast, a regular on Australia’s TOFOP with Wil Anderson, and a founder of the Los Angeles Podcast Festival.

About Gareth Reynolds
Gareth starred in NBC’s “The Real Wedding Crashers” which was as creatively stimulating as it was successful. Through that show, he began producing and writing his own material, eventually making shows at Comedy Central, the Travel Channel, and MTV. In 2015, he began doing an American history podcast called “The Dollop” which currently gets more than 5 million downloads every month and takes him all over the world to do live episodes. Between his podcast and touring the country doing stand-up, he has taken the lead on the ABC show “Hail Mary,” has been seen on IFC’s “Maron,” has written for Netflix original series “Flaked” and is currently writing on “Arrested Development.” 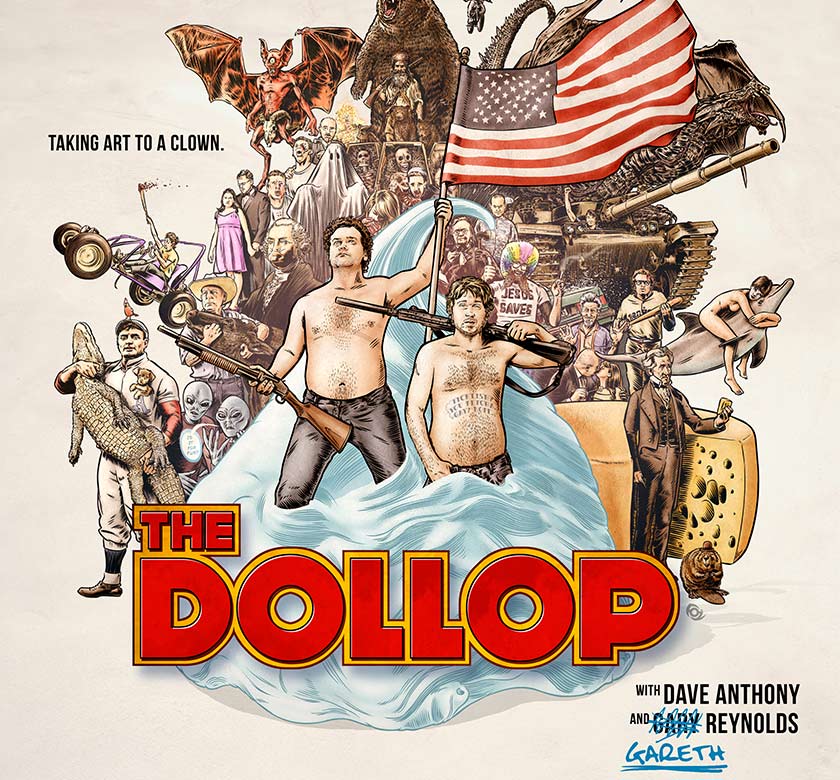