The Lincoln Theatre to Host “Black Film in White America,” A Weekend Event Exploring Black Filmmaking and the History of Blacks in the Film Industry October 16 & 17

On Sunday, October 17, Columbus native and author Wil Haygood and Hollywood director and actor Robert Townsend will be live on stage at the Lincoln Theatre to discuss Black filmmaking and the history of Blacks in the film industry.

Just ahead of the national release of his next book, Colorization: One Hundred Years of Black Films in a White World (release date: October 19, 2021), Haygood has taken a deep dive into more than a century of Black artists in a variety of film industry roles both on-screen and behind the scenes, changing social realities, and the business of making movies.

Now celebrating the 30th anniversary of The Five Heartbeats, Townsend offers a hands-on, insider’s perspective of a young, Black filmmaker trying to make a mark in Hollywood and change the perception of Black men.

In a not-to-be-missed, once-in-a-lifetime event, Haygood and Townsend will take the stage together to discuss the challenges and celebratory achievements of African Americans in the film industry in a multimedia interview followed by an audience Q&A and book/DVD signing.

Black Film in White America: A Conversation with Wil Haygood & Robert Townsend
Sunday, October 17, 3:30 pm
Lincoln Theatre (769 E. Long St.)
Celebrate the national release of Columbus native Wil Haygood’s newest book, Colorization: One Hundred Years of Black Films in a White World, and the 30th anniversary of Robert Townsend’s 1991 feature film, The Five Heartbeats, with a live, in-person interview with Haygood and Townsend as they discuss the making of Black films in white America and the challenges and celebratory achievements of African Americans in the film industry. The multimedia interview will be followed by an audience Q&A and book/DVD signing.

Both the film screening and conversation event are free and open to the public, but reservations are required and can be made at www.LincolnTheatreColumbus.com.

These events are made possible through the generous support of Larry and Donna James and Crabbe, Brown, & James with additional support from the Greater Columbus Arts Council.

About Wil Haygood
Columbus native and former King-Lincoln District resident Wil Haygood is the author of Tigerland, which was a finalist for the Dayton Literary Peace Prize; Showdown, a finalist for an NAACP Image Award; In Black and White; and The Butler, which was made into a film directed by Lee Daniels. He has been a correspondent for The Washington Post and The Boston Globe, where he was a Pulitzer finalist. Haygood is a Guggenheim and National Endowment for the Humanities Fellow and is currently Boadway Distinguished Scholar-in-Residence in the department of media, journalism, and film at Miami University in Oxford, Ohio. Among Haygood's other books are Two on the River, King of the Cats: The Life and Times of Adam Clayton Powell Jr., The Haygoods of Columbus: A Family Memoir, and Sweet Thunder: The Life and Times of Sugar Ray Robinson.

About Colorization: One Hundred Years of Black Films in a White World
(Release date: October 19, 2021)
Beginning in 1915 with D. W. Griffith's The Birth of a Nation—which glorified the Ku Klux Klan and became Hollywood's first blockbuster—author Wil Haygood gives us an incisive, fascinating, little-known history, spanning more than a century, of Black artists in the film business, on-screen, and behind the scenes.

He makes clear the effects of changing social realities and events on the business of making movies and what was represented on the screen—from Jim Crow and segregation to white flight and interracial relationships, from the assassination of Malcolm X to the O.J. Simpson trial, to the Black Lives Matter movement. He considers the films themselves—including Imitation of Life, Gone with the Wind, Porgy and Bess, the Blaxploitation films of the seventies, Do The Right Thing, 12 Years a Slave, and Black Panther. And he brings to new light the careers and significance of a wide range of historic and contemporary figures— Hattie McDaniel, Sidney Poitier, Berry Gordy, Alex Haley, Spike Lee, Billy Dee Williams, Richard Pryor, Halle Berry, Ava DuVernay, and Jordan Peele, among many others.

An important, timely book, Colorization gives both an unprecedented history of Black cinema and a groundbreaking perspective on racism in modern America.

About Robert Townsend
Actor, director, comedian, and writer Robert Townsend is best known for directing the films Hollywood Shuffle (1987), Eddie Murphy: Raw (1987), The Meteor Man (1993), The Five Heartbeats (1991), and various other films and stand-up specials. As an actor, he is especially known for his self-titled character, “Robert Peterson,” in The WB sitcom “The Parent 'Hood” (1995–99), a series which he created and directed select episodes, and as “Donald ‘Duck’ Matthews” in The Five Heartbeats. Townsend Entertainment has produced the films Playin' for Love, In the Hive, and more. During the ‘80s and early ‘90s, Townsend gained national exposure through his stand-up comedy routines and appearances on “The Tonight Show starring Johnny Carson.” He has worked with Hollywood’s elite including Halle Berry, Morgan Freeman, Chris Tucker, Beyoncé, Denzel Washington, and more.

About The Five Heartbeats (1991)
Winner of an ASCAP Film and Television Music Award and nominated for a NAACP Image Award for Outstanding Motion Picture, The Five Heartbeats grossed approximately $8.5 million after being released in 862 theaters throughout North America. However, despite the film's moderate success, it was not well received by critics. Due to the nature of the film, music montages were often used to progress the plot. Critics considered this a major flaw, but the numerous musical performances in the film were highly acclaimed.

Roger Ebert of the Chicago Sun-Times commented that, “...at feature length, Townsend shows a real talent, and, not surprisingly, an ability to avoid most cliches, to go for the human truth in his characters...by the end we really care about these guys...” 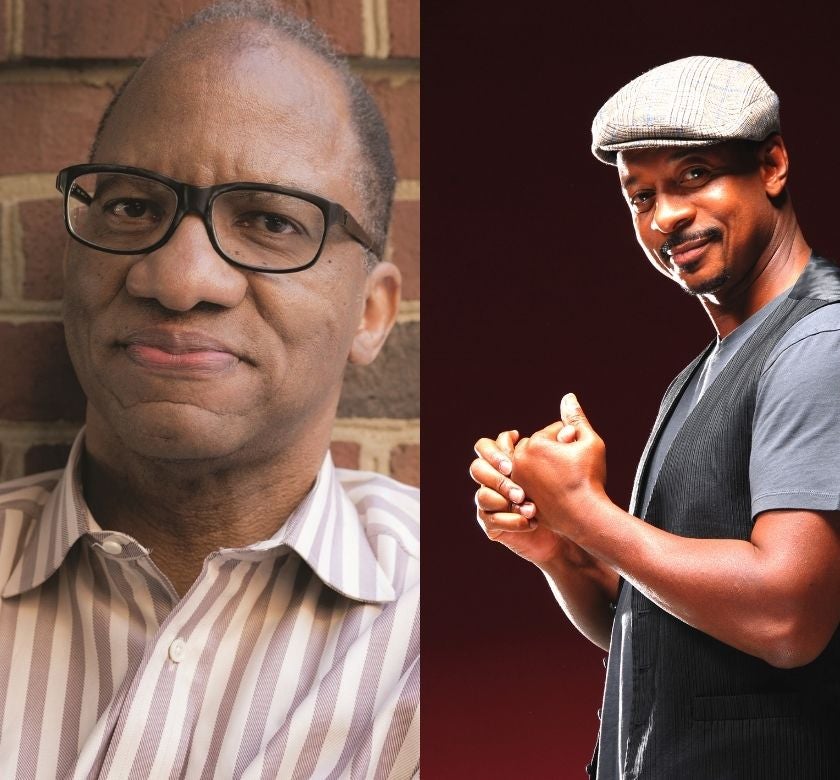