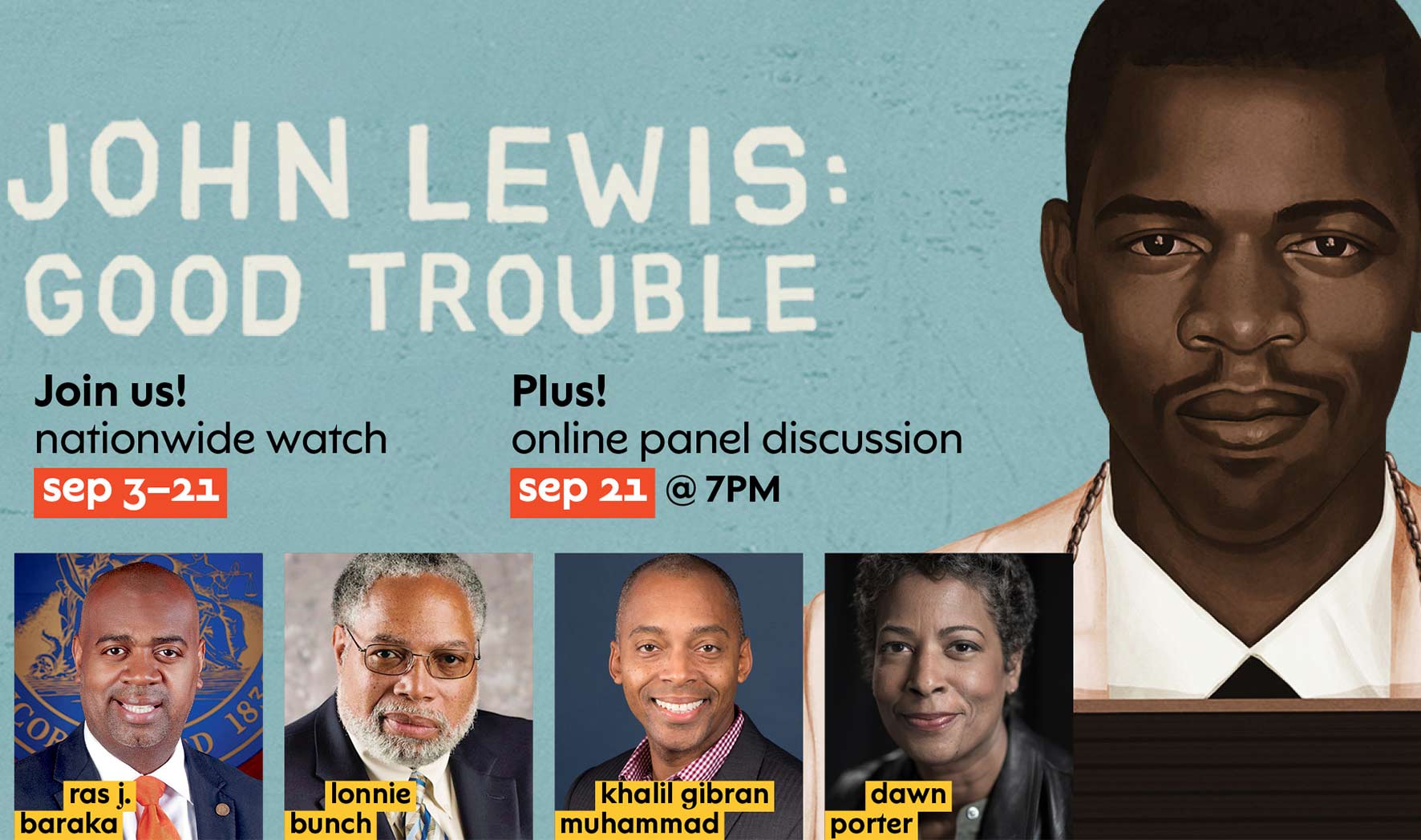 This September, celebrate the life and legacy of Representative John Lewis - Freedom Rider and Congressman, Presidential Medal of Freedom honoree and the conscience of a nation - who served the cause of social justice for decades, both as an elected representative and as a groundbreaking activist whose fervent belief in getting into “good trouble, necessary trouble” for the cause of racial equality changed our nation.

CAPA invites you to take part in an unprecedented event uniting audiences from more than 60 nonprofit cultural organization around the country, who are joining together to learn about Lewis’ legacy through a virtual screening of the riveting new documentary John Lewis: Good Trouble, which looks at the deep impact of Lewis’ life and work.

To take part in this groundbreaking social justice event, rent the film directly from Magnolia Pictures here, for $12. This rental also allows you exclusive access to two other videos: Film of an interview Congressman Lewis gave to Oprah Winfrey shortly before his death earlier this year, as well as a one-hour panel, recorded in July, between the film’s director, Dawn Porter, and two of the original Freedom Riders, Dr. Bernard Lafayette and Dr. Rip Patton. Your rental also includes a $5 donation to CAPA!

Then, on Monday, September 21, at 7 pm, join an interactive Zoom panel discussion with Dawn Porter, the film’s director, Ras Baraka, Mayor of Newark, NJ, Khalil Gibran Muhammad, Professor of History, Race and Public Policy at Harvard Kennedy School and Director of the Institutional Antiracism and Accountability Project, and Lonnie Bunch, Secretary of the Smithsonian Institution, among other national leaders in politics and civil rights, to talk about Representative Lewis’ legacy of fearless protest and how we can keep his campaign for justice alive. US Senator from New Jersey, Cory Booker, will provide opening remarks.