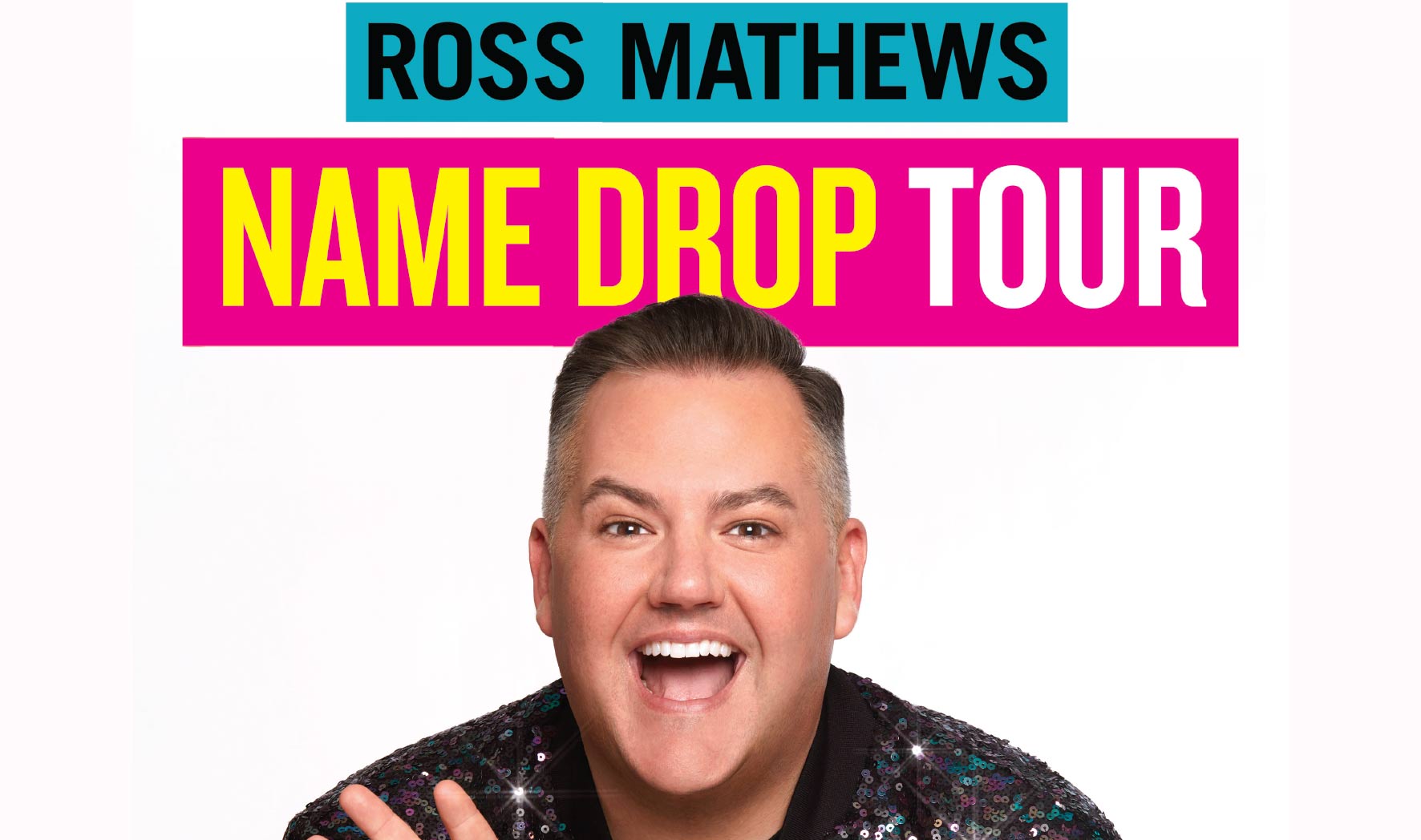 Television personality Ross Mathews likes telling stories. And with his Hollywood experience - from interning at “The Tonight Show with Jay Leno” to judging “RuPaul’s Drag Race” - he has a lot to talk about. His new book, Name Drop (February 2020), is filled with tales ranging from the horrifying to the hilarious, and with just the right “Rossipies” and cocktails to go along with them, it’s every pop culture lover’s dream come true. Now Name Drop is even more than a book - it’s an international tour where Ross brings these stories to life on stage, plays games with the audience, and so much more.