In 2019, the Columbus Association for the Performing Arts (CAPA) turns 50 and will mark the important milestone with a new look and a year-long, community celebration. Through the generous support of the American Electric Power Foundation and Nationwide, with special support provided by Huntington Bank, a series of special events will be held throughout the year to thank the community for its 50 years of enthusiastic support of CAPA and the arts in Columbus.

To refresh and evolve the brand, CAPA selected Fechtor Advertising to helm the rebranding process. CAPA’s work with Fechtor began with a months-long discovery and research process that included focus groups and in-person interviews with CAPA personnel, board members, and donors, leading to a new logo and updated color palette. 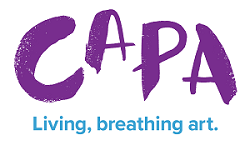 With its hand-drawn brushstroke design, the distinct and expressive letters of the new CAPA logo communicate a modern, creative energy that is passionate, bold, and at its core, uniquely human. Its color palette is built upon a central color of Byzantium purple that conveys richness and depth. The new logo is coupled with the tag line—“Living, breathing art”—speaking to the distinctive intensity and universal connectivity of the performing arts genre. 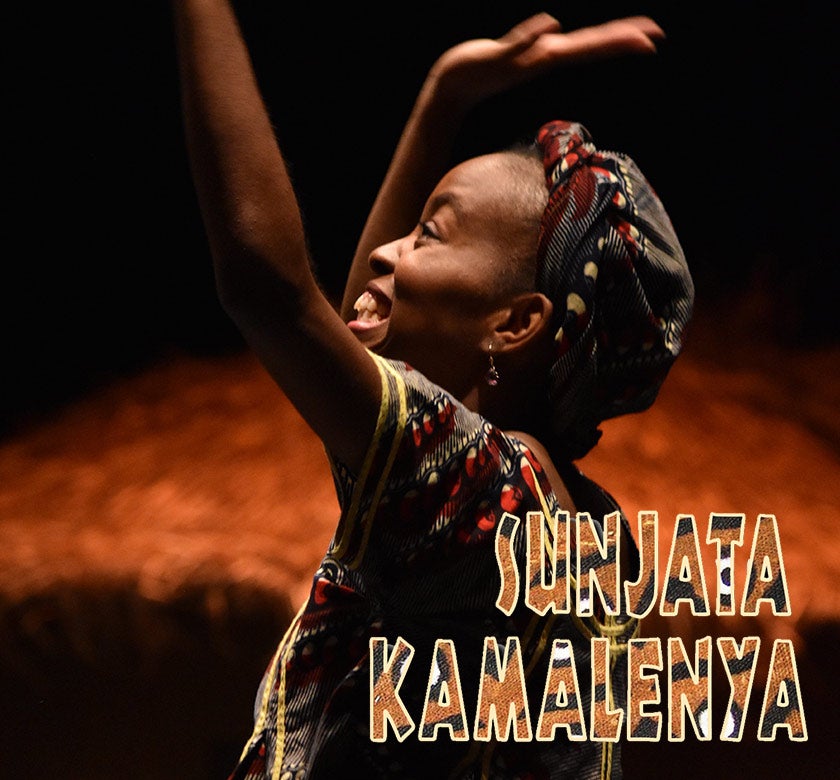 Sunjata Kamalenya (translated: Sunjata for Youth) is a family-friendly, interactive production by the Experiential Theatre Company. Based on the story of the Lion King, it chronicles the struggles of a boy destined to be the leader of the Mande’ people of West Africa. Traditional music, costumes, and scenery whisk you away to a village compound where the storyteller guides you through a theatrical experience that celebrates the spirit of determination and the love of family in the face of seemingly impossible odds.

The longest-running classic film series in America, the CAPA Summer Movie Series will offer 50¢ tickets to opening weekend and select showings on its 2019 lineup. The 50th anniversary edition of central Ohio’s beloved annual summer tradition will present its usual mix of classic film favorites, series premieres, and special events—including a silent film with live musical accompaniment on the “Mighty Morton” theatre organ, Saturday morning classic cartoons, and Fright Nite Friday with Fritz the Nite Owl—but will sprinkle in a few fun birthday surprises throughout the summer. More details and the 2019 lineup to be announced soon. Generous support provided by PVS Chemicals.

CAPA continues to grow and expand the free, family-focused event, bringing national/international music acts, Ohio-based Latino dance and music, children’s activities, and more for the community to enjoy at Festival Latino each August!

Ever wondered what it would be like to stand on the stage of the Ohio Theatre? See the Palace from a performer’s perspective? Or to know you’re standing inside the same gilded arches as the thousands of stars that have graced the Southern Theatre stage over the past 123 years? Well, now’s your chance. Learn more about the storied histories behind CAPA’s treasured Ohio, Palace, and Southern Theatres as they open to the public to tour, touch, and even take selfies from their stages.

The CAPA Marquee Awards will present a Tony Awards®-inspired showcase honoring schools, students and directors for artistic excellence in high school theatre. This event will be a tribute to the enthusiasm, dedication and accomplishments of the area’s vibrant high school theatre programs.

Rhythm on the River Music Festival

Columbus Recreation and Parks and CAPA have partnered to kick off summer on the Scioto Mile with the first-ever Rhythm on the River Music Festival. Admission is FREE!

This year’s special anniversary gala event will feature experiences that only CAPA can provide, with a variety of entertainment experiences including a unique, intimate performance featuring Leslie Odom, Jr.

Live @ the Lincoln! Benefit Concert for Our Theatres

Featuring the CEO Band with the Power Chords. Please join us for this special benefit, filled with music, talent and passion. Your support will impact CAPA’s capital campaign to continue to steward and renovate our historic theatres.

with The Power Chords

Support the preservation of the Mighty Morton pipe organ HERE.

From Wrecking Ball to Hamilton, 50 years of CAPA

Join us at the Columbus Metropolitan Club on April 17, 2019.

When Robert Karlsberger, Lawrence Fisher, Jean Whallon, and Scott Whitlock formed CAPA on May 1969, its immediate mission was to save the historic and stunning Loew's Ohio Theatre from being destroyed. The 1928 Spanish Baroque-style movie house, designed by architect Thomas Lamb as “a palace for the average man,” was closed by Loew’s on February 24, 1969, and sold to a local development company with plans to raze it, and the adjacent RKO Grand Theatre, to build an office tower. The newly formed non-profit leapt to rally the community in a “Save the Ohio” campaign that ultimately raised more than $2 million in less than a year. The unprecedented effort met its mark, and the glorious and beloved Ohio Theatre was safe. Today, the Ohio Theatre is proudly listed on the National Register of Historic Places, been declared a National Historic Landmark, and is the State Theatre of Ohio.

When CAPA’s founders created the organization, they envisioned unlimited possibilities for the new non-profit and were deliberate in selecting a name that wasn’t specific to the Ohio Theatre. The decision proved insightful, as more grand ladies and broader horizons were to follow.

In 1986, the Southern Theatre was donated to CAPA. The 1896 jewel box opera house had closed in 1979 and needed extensive repair. CAPA again rallied the community and raised $10 million to fund a 14-month, total restoration. Reopened in 1998, the thriving Southern Theatre is Columbus’ oldest existing theatre and listed on the National Register of Historic Places.

In 1989, CAPA was gifted the Palace Theatre, a 1926 vaudeville house whose design was inspired by France’s magnificent Palais de Versailles. CAPA immediately assumed responsibility of the venue’s care and management, and in 2018, completed a $2.5 million, full renovation of its magnificent auditorium.

Having built a reputation for excellence in entertainment venue stewardship, CAPA has been approached by various Columbus entities throughout the years, and taken on management of seven additional theatres:

In addition to maintaining and renting out these venues, CAPA also presents more than 40 national touring artists each season in all genres of performance art – dance, theatre, comedy, music, family entertainment, and much more. In the 2017-18 season, including rental and CAPA-presented performances, CAPA theatres hosted nearly 800 events for more than 580,000 people, generating more than $92 million in economic impact for Columbus.

In 2003, CAPA began a shared services business model and began offering back office, administrative services to fellow non-profit arts and culture organizations in the Columbus community. Each agreement is customized according to the organization’s needs but can include marketing, publicity, ticketing, finance, human resources, IT, management, operations, and/or development functions. The model allows the organizations to focus on production of their art while CAPA handles administrative tasks. Today, CAPA holds service agreements with CATCO (since 2003), Franklin Park Conservatory (since 2009), the Lincoln Theatre Association (since 2009), the Columbus Symphony (since 2010), the Friends of the Drexel (since 2011), Opera Columbus (since 2011), and the McCoy Center for the Arts (since 2013).

In 2009, CAPA also took on production of Festival Latino after city budget cuts put the event in jeopardy of discontinuation. This family-friendly, free event celebrates the rich cultures of Latin America with two days of music, dance, fashion, food, children’s activities, and more, and has become the largest Hispanic event in Ohio.

CAPA has also established a long-standing partnership with Broadway Across America, is a sanctioned member of the Broadway League, and is an official sponsor of the Regional Awards Program of The Jimmy Awards®/National High School Musical Theatre Awards.™ 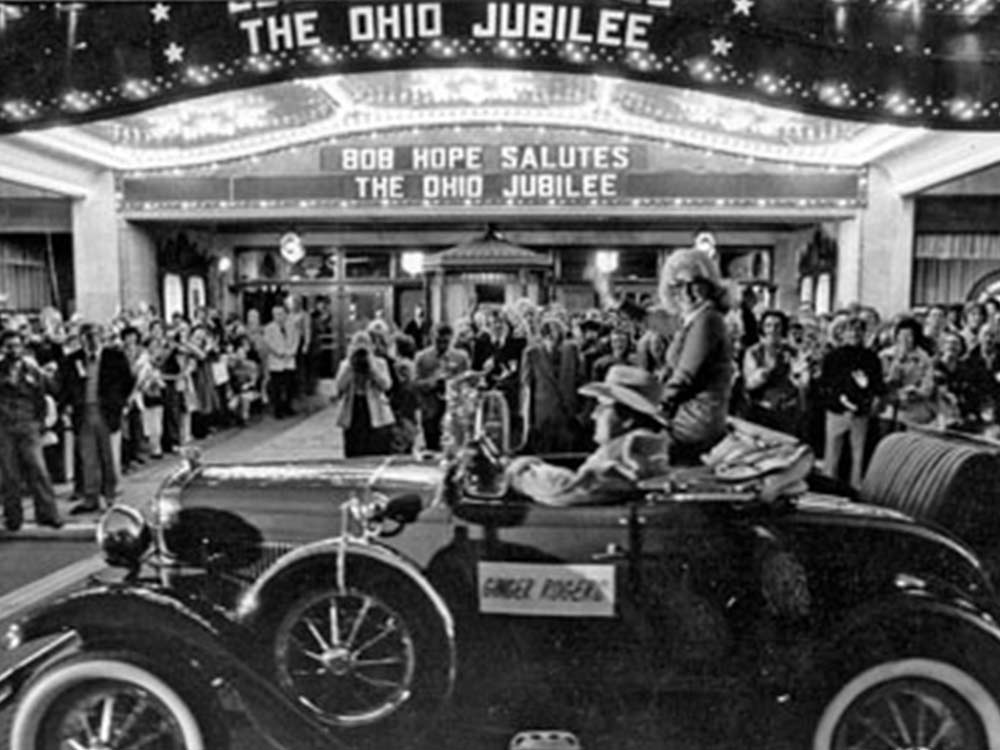 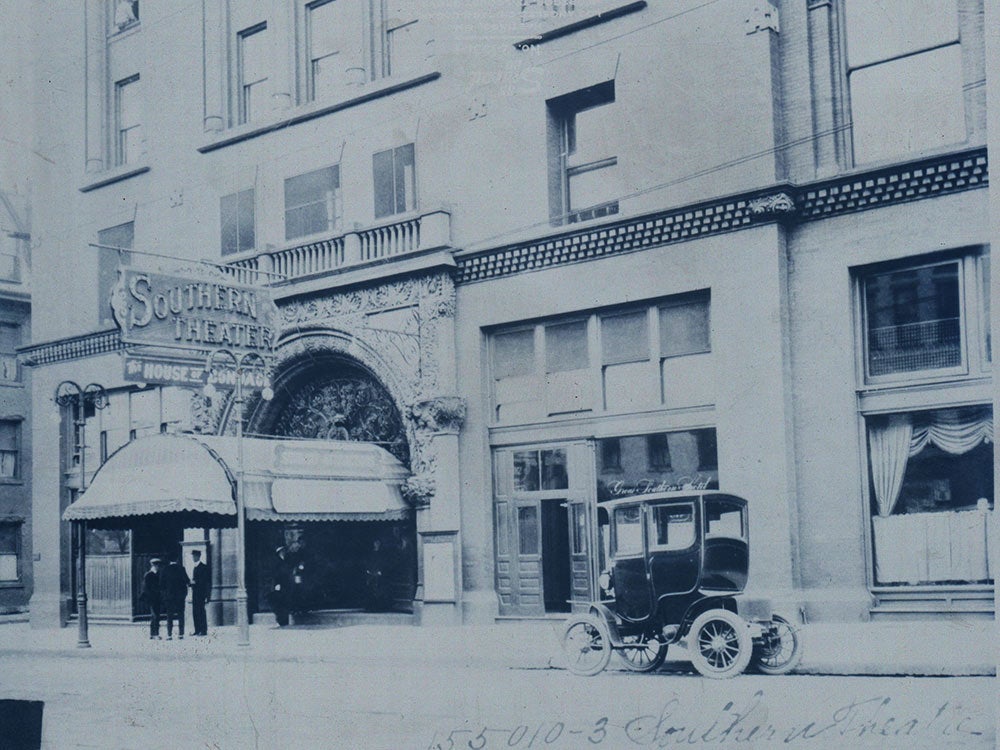 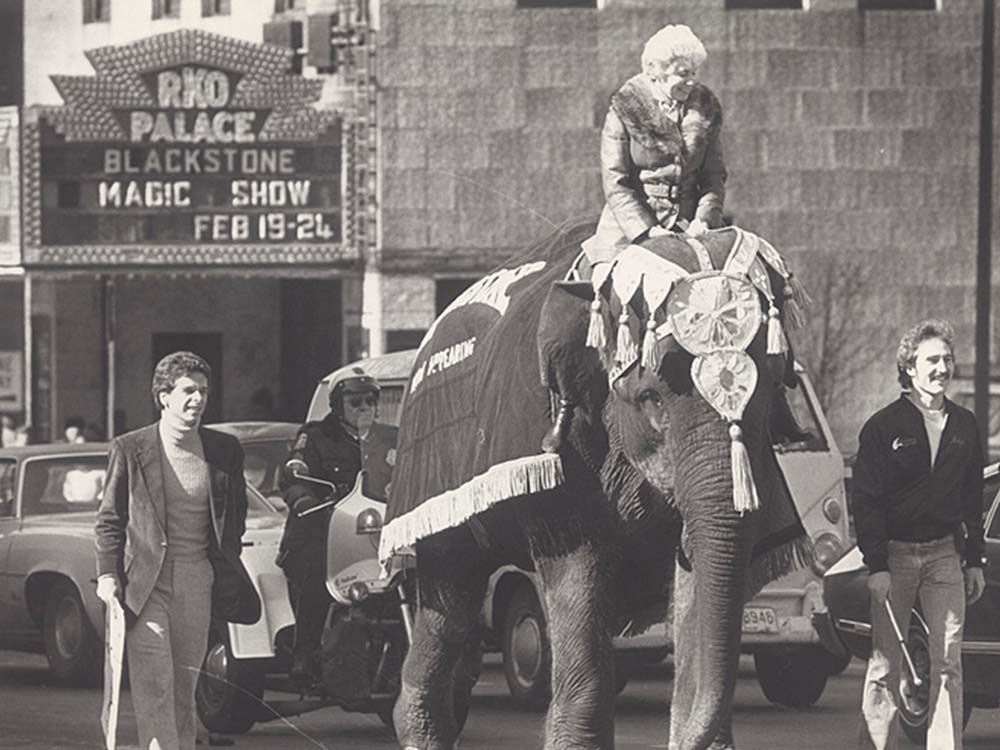 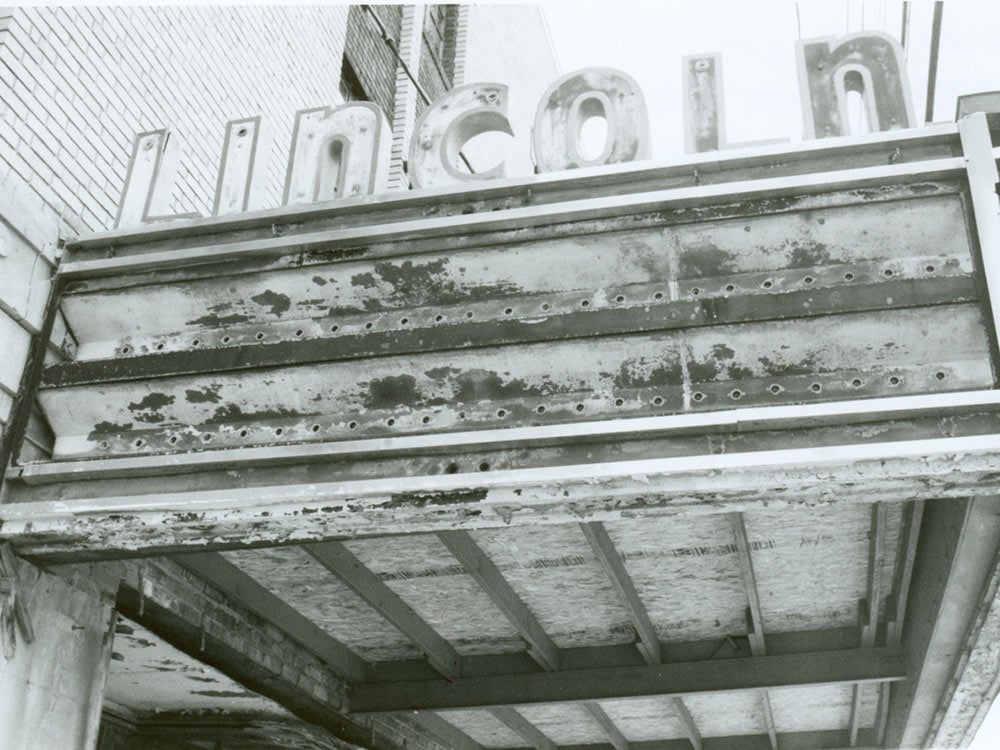 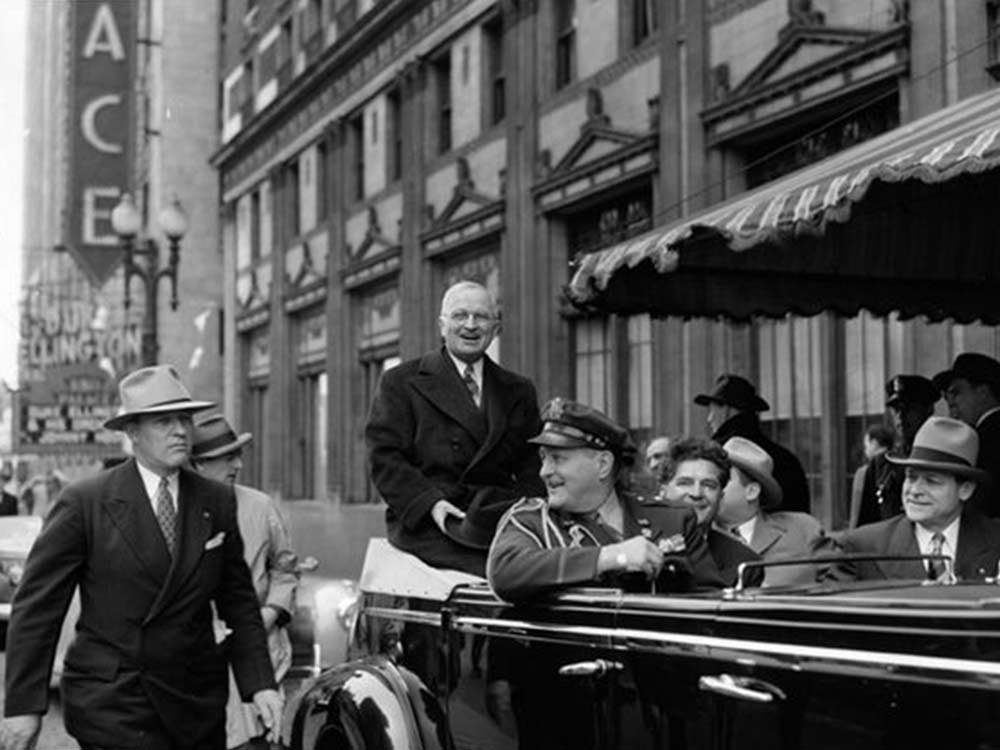 Looking forward to the next 50 years, CAPA plans to build upon the core elements on which it was founded. 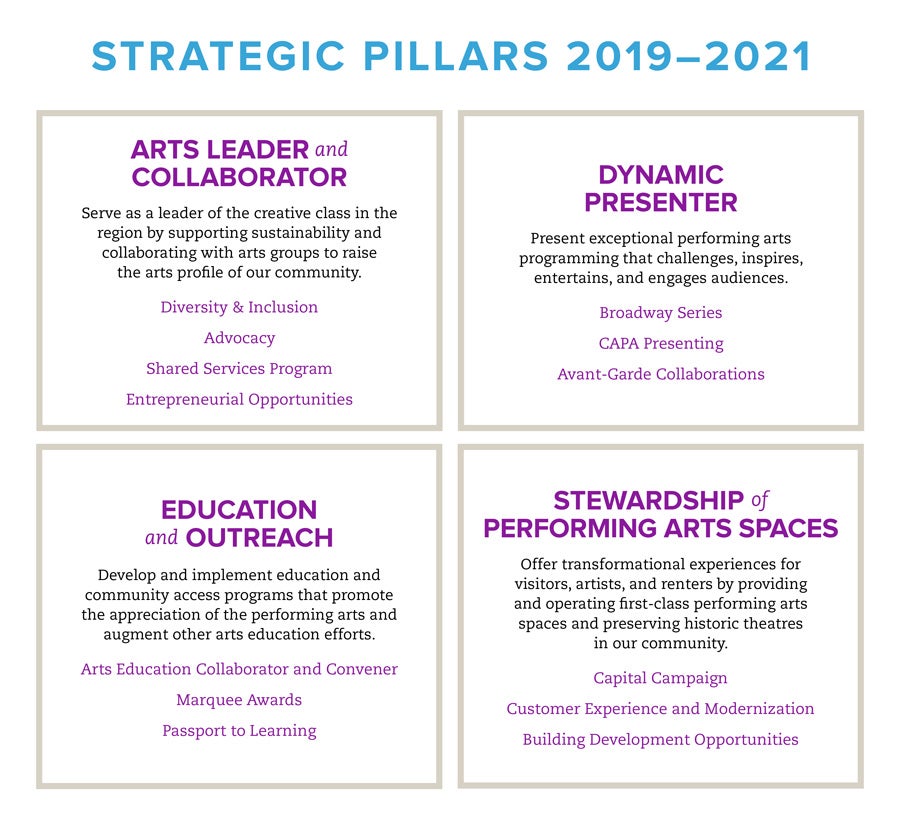 As CAPA continues to maintain and improve upon the venues it already manages, it will look to new spaces that may become available in the future. While countless factors apply in property acquisition, CAPA remains open to adding venues that make sense for the organization and the health of the Columbus arts community.

While it has always been part of CAPA’s mission to “present and produce artistic programming of the highest quality to serve and educate diverse audiences and feature renowned artists of all cultures,” CAPA will strive to find ways to further broaden the diversity of the performing arts it presents to better serve and reflect the diverse population of central Ohio audiences.

Moving forward, education will become a major focus of the organization, increasing the quantity and variety of performing arts educational offerings. This initiative has already begun with the 2018 launch of the first-ever CAPA Marquee Awards program designed to celebrate, support, and advocate for high school musical theatre education in central Ohio, as well as the very successful Hamilton-inspired Spoken Word Workshops and Poetry Slam competition in the month of January.

Ultimately, CAPA’s vision is to establish Columbus as a national destination for the arts. This will allow CAPA to attract and present world-class, high-caliber performing arts experiences, which it will strive to make accessible to all populations.