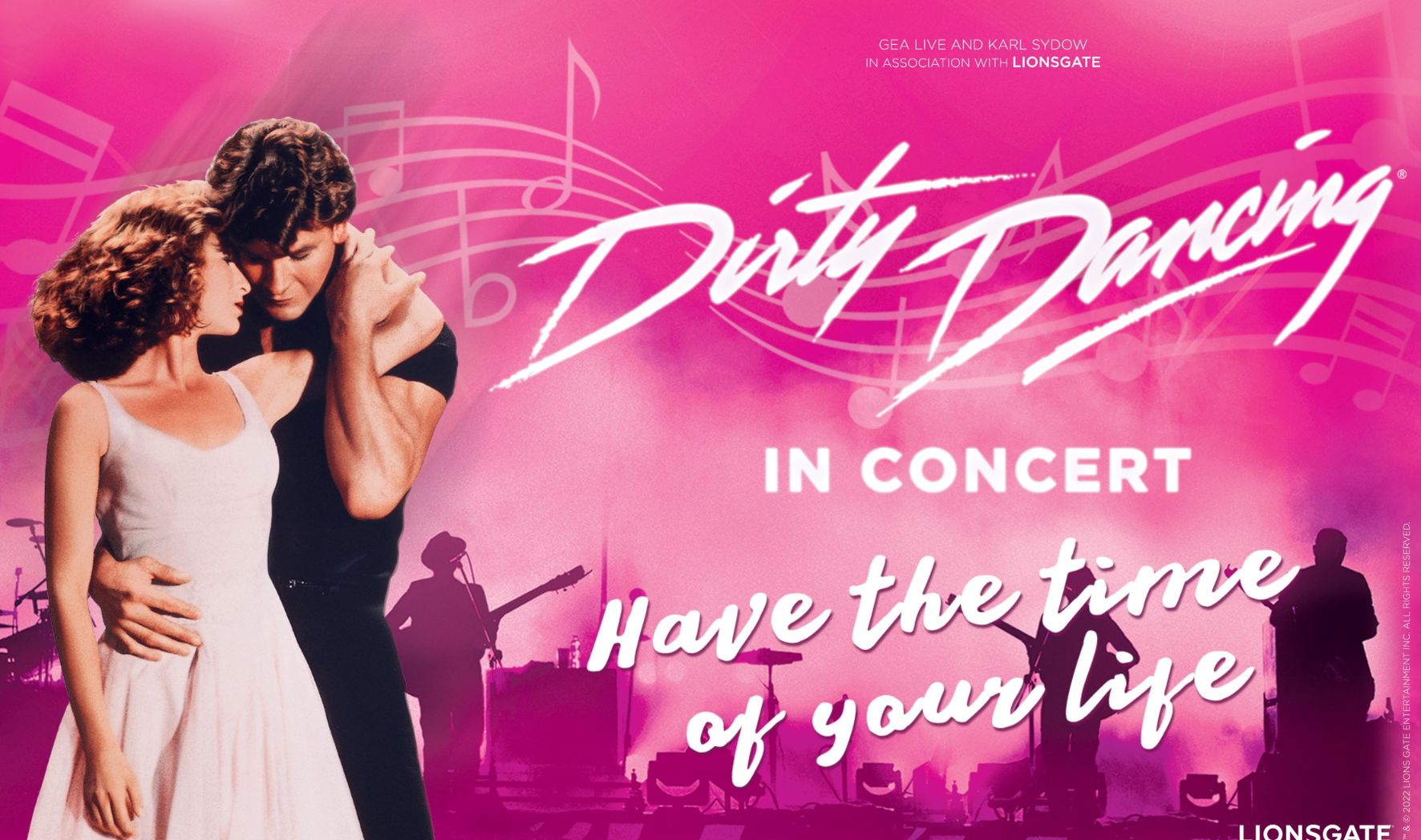 Dirty Dancing in Concert from GEA live on Vimeo.

Dirty Dancing, written by Eleanor Bergstein, directed by Emile Ardolino, and starring Patrick Swayze and Jennifer Grey in their most iconic movie roles, was a worldwide box-office sensation when it was released in 1987. Its soundtrack generated two multi-platinum albums and multiple singles, including the Academy Award®-winning best original song “(I’ve Had) The Time of My Life”.

Set in the summer of 1963, Baby Houseman (Jennifer Grey) and her family vacation to the beautiful Catskills resort, Kellerman’s. Intrigued by the staff’s dance instructor, Johnny Castle (Patrick Swayze), and the vastly different lifestyle of others, Baby finds herself learning to dance while having the time of her life and falling in love. It is a summer she’ll never forget.