An accomplished guitarist, producer, and equally prolific filmmaker, Jesse Cook has evolved his talents to create experiences that delight audiences both in concert and online. He composed his first album, Tempest, more than 25 years ago and never imagined that such a humble recording, in which he played all the instruments, would spark into a musical legacy with thousands of concerts performed around the world, more than two million albums sold, five PBS specials, and tens of millions of content views and streams across the internet. Cook and his extraordinary band are returning to the road in 2022, bringing the Tempest II Tour and their unique brand of rhythm and rhumba to audiences across North America.

Since launching his career with 1995's Tempest, Cook has blazed an incredible trail. Along with being a global guitar virtuoso, he's honed his skills as a composer, producer, arranger, performer and, more recently, filmmaker and cultural ambassador.

As a child, he was introduced to flamenco while spending summers at his father’s house in the Camargue region of southern France. John Cook’s neighbor happened to be Nico Reyes, guitarist for The Gypsy Kings. Meanwhile, his mother, Heather Cook, enrolled him in Toronto’s prestigious Eli Kassner Guitar Academy.

Cook’s musical education continued at the world-renowned Royal Conservatory, Toronto’s York University, and the esteemed Berklee College in Boston. He set his sights on a career as a composer. That was until an Ontario cable TV company aired his music on the listings channel.

This proved to be a critical turning point leading Cook to self-produce Tempest at home using an eight-track recorder and one microphone. Then he delivered the initial run of 1,000 CDs from the plant to the distributor in his car. Those humble beginnings quickly sparked a mighty international career.

Canadian television appearances followed and so too did important gigs in the US. If he must point to one, it was the 1995 Catalina Jazz Festival where his playing earned a 10-minute standing ovation, sparked mob scenes, and prompted one store to order enough copies of Tempest to land it at No.14 in Billboard.

In Poland, his 2004 live album, Montreal, took the country by storm. In India, he gained fame after one of his songs was plagiarized for a major Bollywood movie. In Iraq, his instrumentals score the nightly news. Elsewhere, they've accompanied gymnastics and skating routines at the Olympics.

Lately, that international appeal — reflected in a compositional style that mixes flamenco with everything from classical and jazz to Zydeco, blues, and Brazilian samba — has become something he takes more seriously.

Over the course of his first 25 years making award-winning music for a global audience, Cook could be forgiven should he contemplate retiring or, but the fact is he loves creating music.

Tempest 25, the reissue of his debut album, had been among his pre-COVID plans. So too had been another world tour in support of its release. But like most of us, Cook found himself housebound due to travel restrictions.

So, he got to work producing 23 (and counting) extraordinary solo YouTube videos of his favorite songs in which he played all the instruments, recorded, and filmed himself. The collection is called “Love in the Time of COVID.” Not only have they pleased his existing fanbase, but this YouTube video collection has expanded his worldwide audience who are now craving that soon to be announced world tour.

Cook clearly has many more years of memorable performances ahead of him. 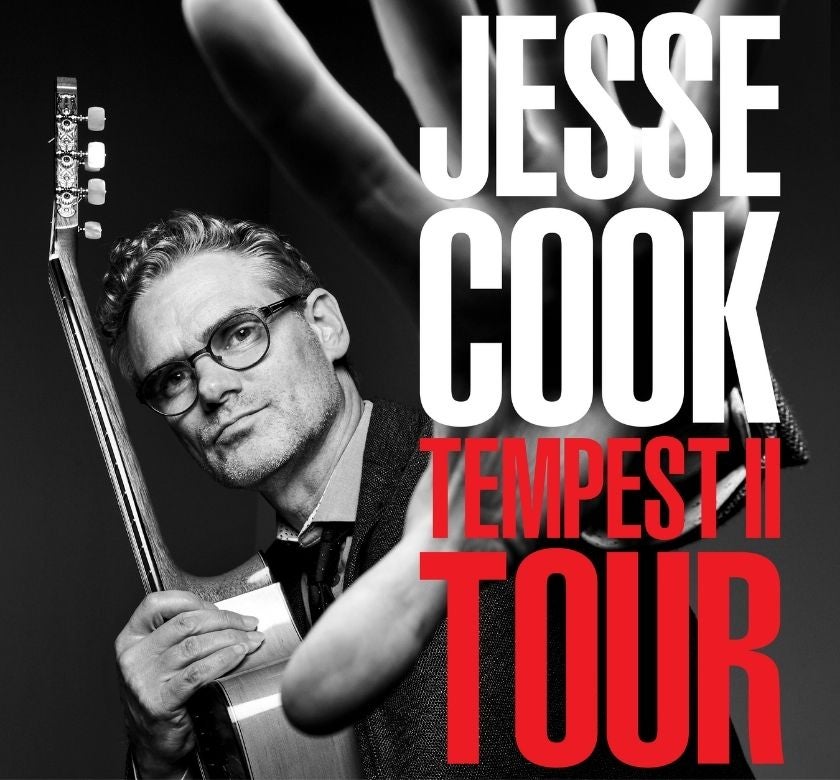