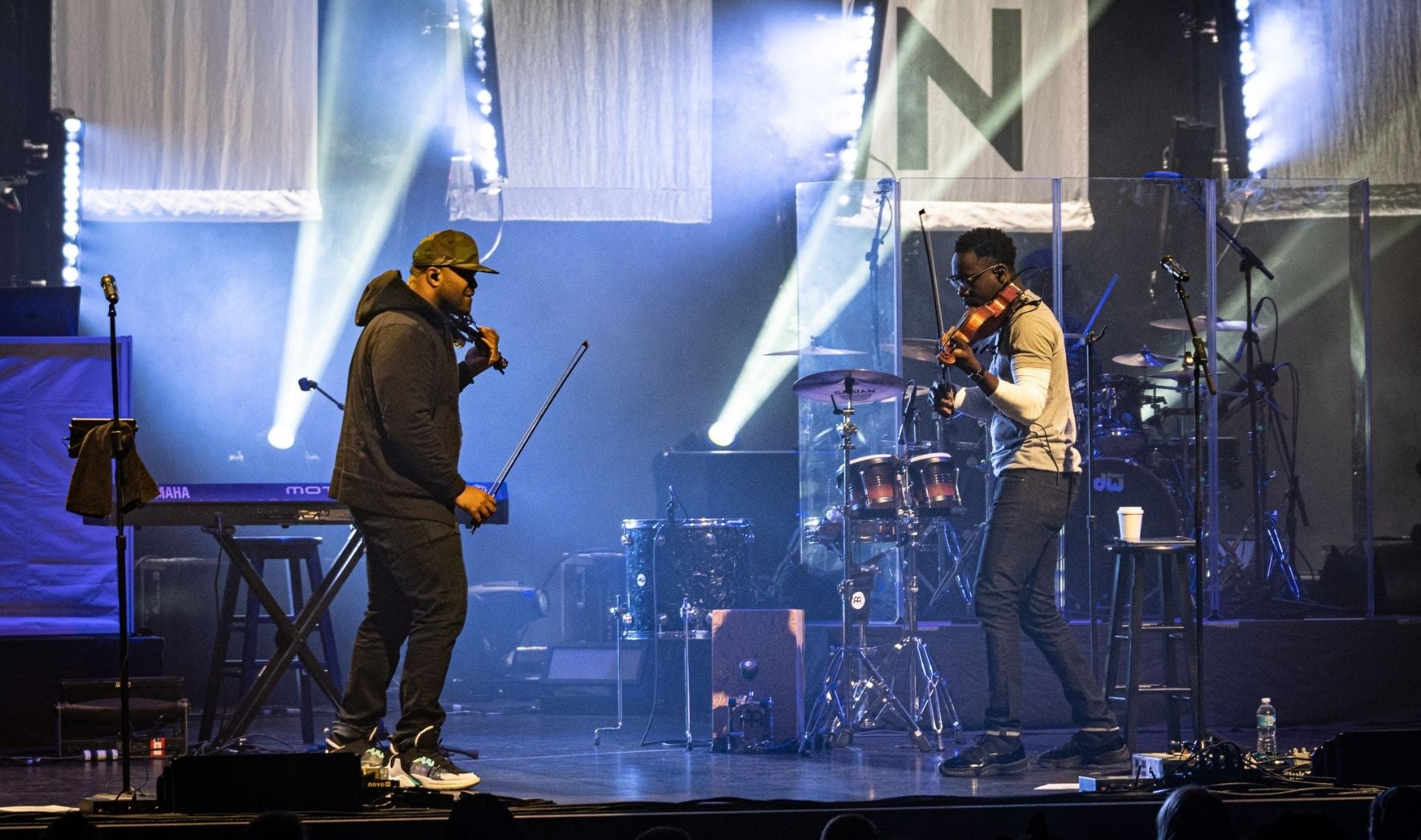 Black Violin is lead by classically trained string players Wil B. (viola) and Kev Marcus (violin). Joining them onstage are DJ SPS and drummer Nat Stokes. The band uses their unique blend of classical and hip-hop music, often described as “classical boom," to overcome stereotypes and encourage people of all ages, races, and economic backgrounds to join together to break down cultural barriers.

The group advocates for educational outreach and in the past 12 months have performed for over 100,000 students in the US and Europe. Black Violin’s Impossible Tour will spread the message that anything is possible and there are no limits to what one can achieve, regardless of circumstance.