CAPA Presents Johnny Mathis at the Palace Theatre May 5

Best known for his supremely popular hits like “Chances Are," "It's Not for Me to Say," and "Misty,” legendary singer Johnny Mathis has recorded nearly 80 albums and six Christmas albums, selling millions of records worldwide. Celebrating his 66th year in the industry, he has had three songs inducted into the GRAMMY Hall of Fame, achieved 50 Hits on Billboard’s Adult Contemporary Chart, ranks as the all-time #6 album artist in the history of Billboard’s pop album charts, received five GRAMMY Nominations, and in 2003, was given the Lifetime Achievement Award from the Academy of Recording Arts and Sciences. Mathis comes to Columbus to perform some of his greatest hits and personal favorites, demonstrating why he will always be “The Voice of Romance.”

The fourth of seven children, John Royce Mathis was born on September 30, 1935, in Gilmer, Texas to Clem and Mildred Mathis. As a small boy, the family moved into a basement apartment on Post Street in San Francisco. At age eight, Johnny’s father purchased an old upright piano for $25, which wouldn't fit through their apartment’s front door. So that evening, he stayed up to watch his father dismantle the piano, move the pieces into their small living room, and then reassemble it. It was there that he learned an appreciation of music from his father who taught him his first song, “My Blue Heaven.”

Johnny had proven to be the most eager of the children to learn about music. He sang in the church choir, school functions, community events, and amateur shows in the San Francisco area. He was also a successful track and field athlete and was offered a chance to compete in the US Olympic Trials. In that same week, Columbia Records called, and Mathis chose to go to New York to record his first album which was released on July 16, 1956. A year later, with his first TV appearance on “The Ed Sullivan Show,” his career was truly launched into stardom.

Mathis has recorded nearly 80 albums, six Christmas albums, and sold millions of records worldwide. During his extensive career, he has had three songs inducted into the Grammy Hall of Fame, achieved 50 hits on Billboard’s Adult Contemporary Chart, and been ranked as the all-time #6 album artist in the history of Billboard’s pop album charts. His 1958 album, Johnny’s Greatest Hits, started the music industry tradition of “greatest hits” albums and is noted in Guiness Book of World Records for its nearly ten-year run on the Billboard Top Albums Chart.

In addition, Mathis has appeared in numerous films and TV shows, including “The Tonight Show,” Silver Linings Playbook, “Family Ties,” “Criminal Minds,” Gremlins, “Mad Men,” and Close Encounters of the Third Kind, just to name a few. In 2017, he released his 78th studio album titled Johnny Mathis Sings The Great New American Songbook, and debuted his two “lost” albums - I Love My Lady, produced by Nile Rodgers and Bernard Edwards of the pivotal group CHIC, and The Island with Sergio Mendes. He also recorded new musical collaborations with other artists up to and through 2020. Mathis continues to be Columbia Records’ longest-signed recording artist, and to fans of all ages, the voice of Christmas. 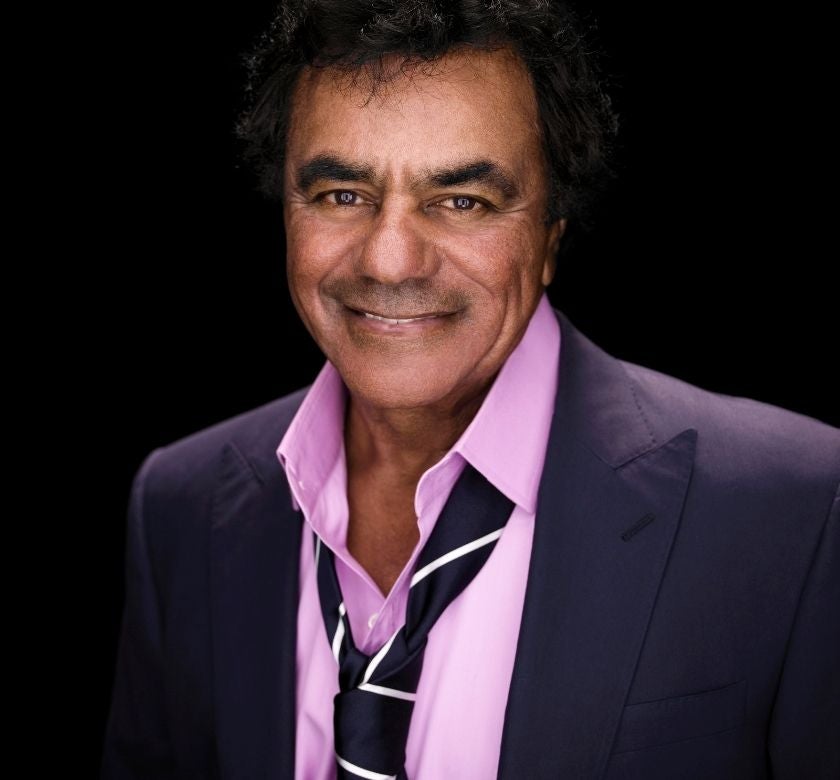