The New York Gilbert & Sullivan Players’ all-new, critically acclaimed production of The Mikado sets the real-life characters of Victorian London’s D’Oyly Carte Opera Company within the imagined Japanese town of Titipu. Audiences will meet Messrs. Gilbert, Sullivan, and D’Oyly Carte themselves, and join them on a fantastic voyage to a land where the timeless libretto, beautiful music, and a fantastical cast of characters await. There are the three little maids from school, a wandering minstrel, a hilariously corrupt public official, and a Lord High Executioner with a list of offenders deserving of his services, including himself—for flirting!

About The Mikado
The Mikado was first performed in 1885 at the Savoy Theatre in London, and its initial engagement ran longer than any other Gilbert and Sullivan opera. Since then, it has been filmed twice and performed in every possible style. NYGASP’s production plays to the more traditional mold, combining a modern playfulness with a respect for the creators’ original intent. Gilbert’s wit and barbs aimed at the foibles of human nature receive full attention.

About the New York Gilbert & Sullivan Players
Now in its fourth decade, NYGASP is America’s preeminent professional Gilbert and Sullivan repertory ensemble. Under the dynamic leadership of Artistic Director Albert Bergeret, NYGASP has created its own special niche in the cultural mosaic of New York City and the nation. Since its founding in 1974, the company has presented more than 2,000 performances of G&S masterpieces throughout the eastern US and Canada, captivating audiences of all ages. www.nygasp.org 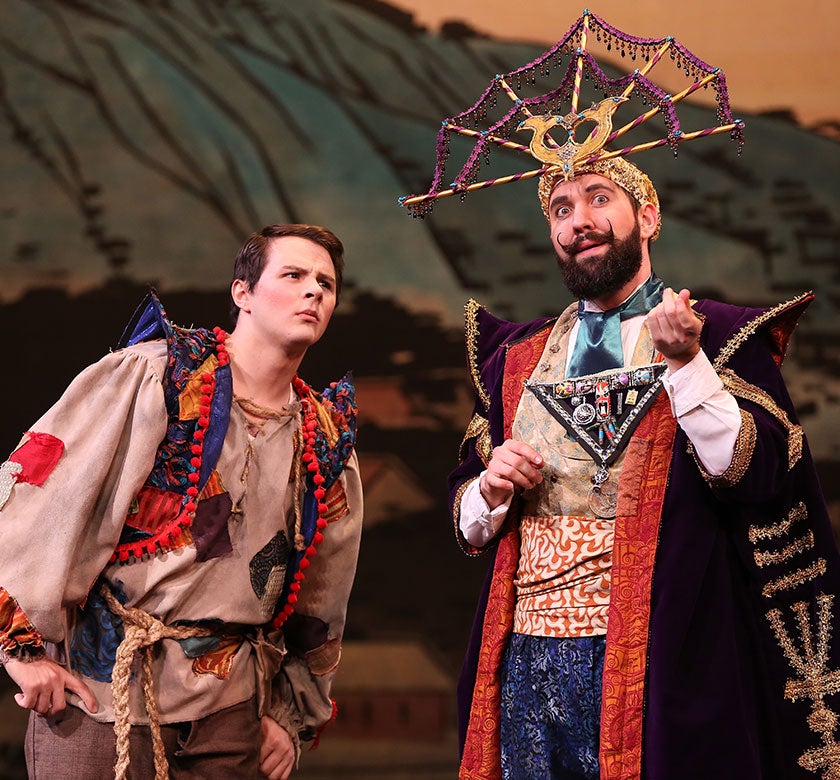