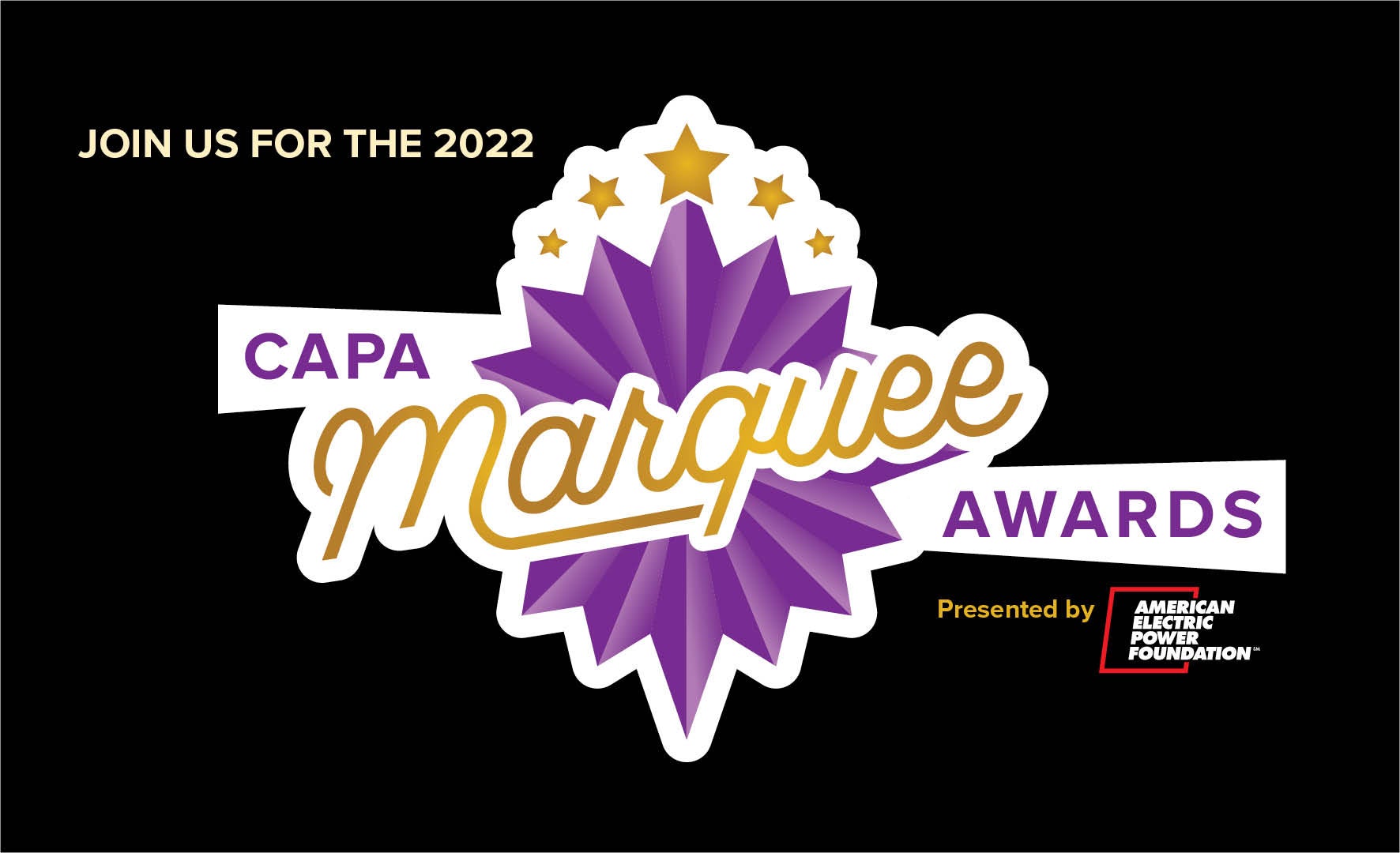 Modeled after the Tony Awards®, ceremony winners will be announced at this red-carpet event. Audiences will experience live performances, including an Opening and Closing Number with nominated representatives from all participating schools, five musical production numbers, and performances featuring the nominees for Best Actor in a Leading Role and Best Actress in a Leading Role.

To be considered for participation in the CAPA Marquee Awards presented by American Electric Power Foundation, schools must submit an online application, and present a full-length musical from a list of Jimmy® Awards-approved productions between October 7, 2021 - April 9, 2022. Schools accepted into the program will be eligible for awards in the following categories:

Each year, the culminating event of the CAPA Marquee Awards program is an Awards Showcase which gives students from ALL participating high schools the chance to perform at a professional venue and work with a team of theatre and music professionals.

Students selected as Best Actor in a Leading Role and Best Actress in a Leading Role will be designated as official Jimmy® Award nominees and will receive a CAPA-sponsored trip to attend “Jimmys Week” in New York City - a training intensive with theatre professionals and industry experts - and will compete on the national level for the 2022 Jimmy Awards® for Best Performance by an Actor and Best Performance by an Actress.