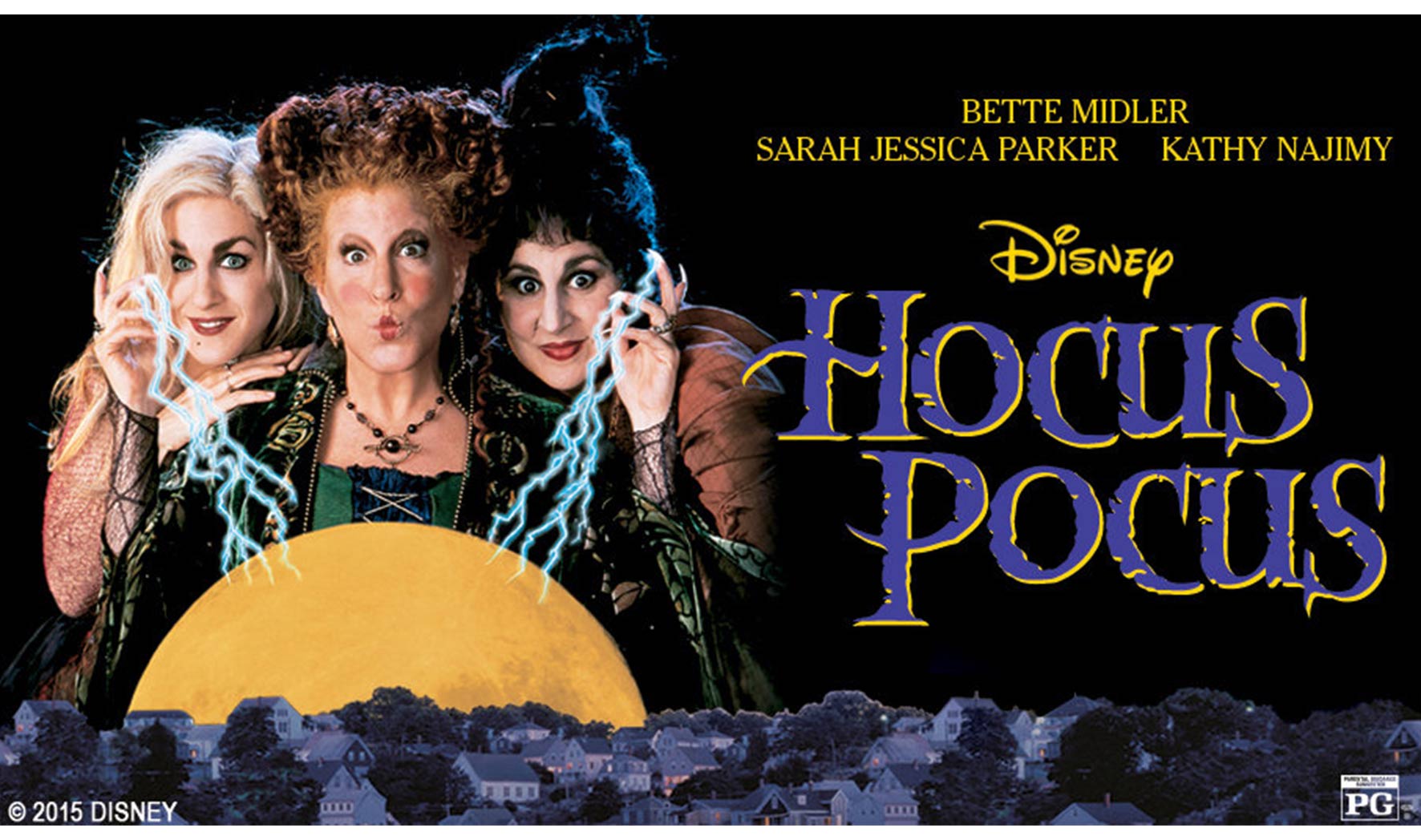 Day-of-show tickets are $5 and go on sale one hour prior to show time at the Ohio Theatre kiosk (cash only) or the CAPA Ticket Center (39 E. State St.).

Day-of-show tickets are $5 and go on sale one hour prior to show time at the Ohio Theatre kiosk (cash only) or the CAPA Ticket Center (39 E. State St.). Tickets may also be purchased by phone at 614.469.0939 or online HERE. Seating is general admission.

Bette Midler, Sarah Jessica Parker, and Kathy Najimy star as three wild witches who return from seventeenth-century Salem for a night of zany fun and comic chaos. After they’re conjured up by unsuspecting pranksters, the tricky trio sets out to cast a spell on the town and reclaim their youth. But first, they must outwit three feisty kids determined to foil their scheme. Rated PG.

About the CAPA Costume Contest

Patrons are invited to dress up as their favorite Hocus Pocus character(s) and compete in the CAPA Costume Contest. Doors open at 2pm, and competitors must sign up no later than 2:30pm at the registration table in the lobby. The categories are Best Individual Costume or Best Group Costume. Participants will parade into the theatre at 2:40pm where the costumes will be judged. Winners will be announced at intermission, and the CAPA gift certificate prizes, can be picked up at the conclusion of the movie in the lobby at the sign-up table.

CAPA gift certificates are valid for two years from the date of issue and can be used toward the purchase of tickets to any event with available inventory presented at the Ohio, Palace, Southern, or Lincoln Theatres, the Riffe Center Theatre Complex, or the McCoy Center for the Arts.

Featured organist for the CAPA Summer Movie Series for 28 years, Ohio native Clark Wilson has recorded seven albums and performed in the US, Canada, Australia, and England, including extensive silent film accompaniment at the Chautauqua Institution, the Packard Foundation’s Stanford Theatre, UCLA, and the Fox Theatre. Considered one of the finest practitioners of the art of silent picture scoring, he has been appointed to the organ faculty at the University of Oklahoma, teaching applied theatre organ, silent film scoring, and the history of the American theatre organ. Wilson has received both the Technician of the Year and Organist of the Year awards from the American Theatre Organ Society, the only person to have been awarded both titles.

The Ohio Theatre's “Mighty Morton” pipe organ was built by The Robert Morton Organ Company of Van Nuys, California. It was installed in 1928 in time for the theater's opening on March 17, 1928, at a cost of $21,000. It is one of four identical organs built by Robert Morton for Loew's theaters. The others went to Kansas City, Pittsburgh, and Providence; however, the “Mighty Morton” is the only one of the four to remain in its original home, and in fact, is only one of a handful of theatre organs around the world still installed in the venue for which it was built. It is considered one of the finest theatre organs in existence today.